PINT OF ORIGIN - TASMANIA The Lincoln 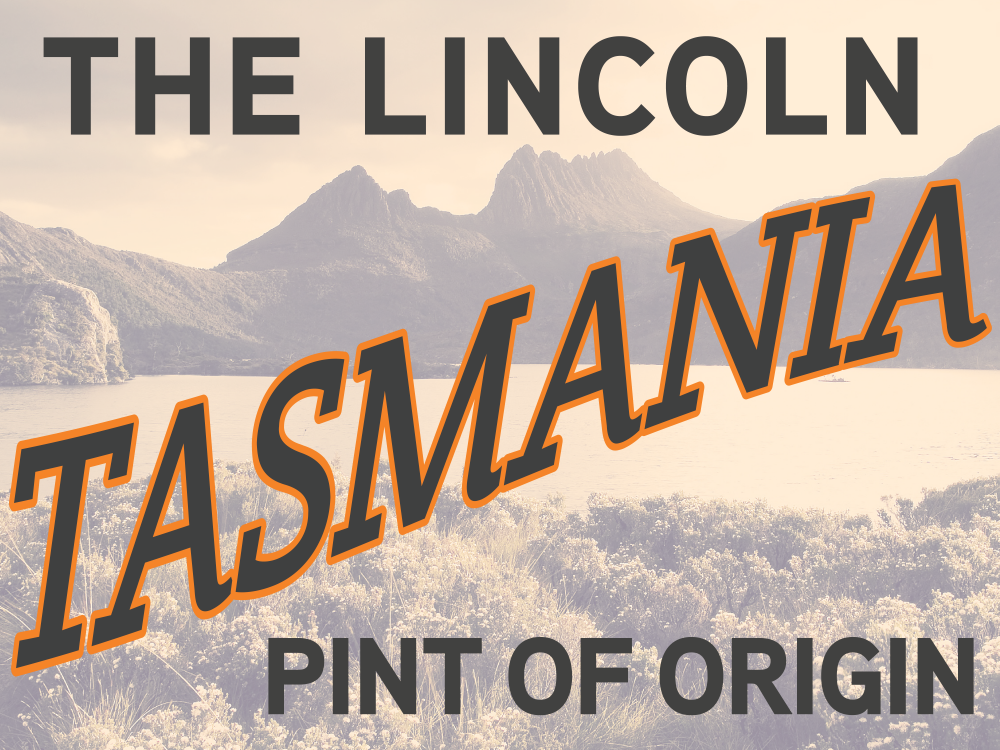 For the second year running, The Lincoln will be hosting Pint of Origin and turning over our taps to TASMANIA, home to one of the most exciting craft beer scenes in Australia!

It's even BIGGER this year, with 23 Tasmanian breweries and over 60 different brews rotating through our taps! There will be beers never before tasted on the mainland, plus many exclusives and limited releases! Be sure to check the Untappd app for what’s pouring each day over Good Beer Week.

Plus, enjoy Tassie oysters, cheese platters and mussels cooked in Willie Smith's cider from the kitchen all week long.

In conjunction with The Crafty Pint, join us for a seriously tasty ten days of Tasmanian brews and produce all through Good Beer Week!