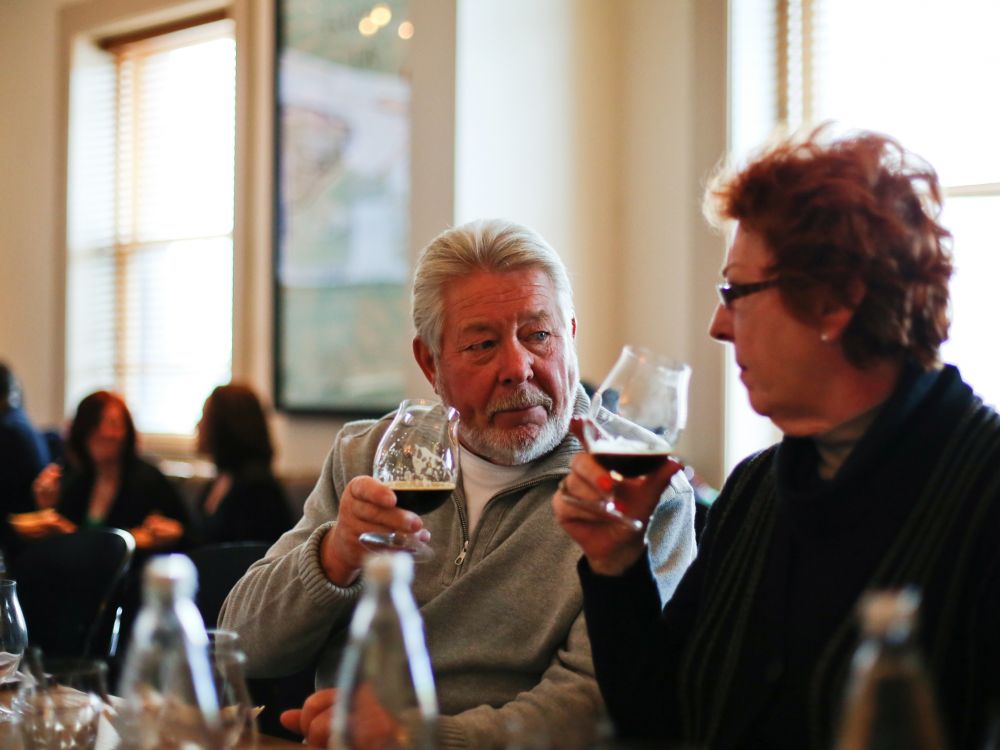 Dark beer gets a bit of a bad rap sometimes but it's such a wonderful thing. It has flavours of chocolate, coffee, caramel and so much more.

In this session you'll get to taste beers like Panhead's Oaked Porter, Little Creatures new seasonal stout and James Squire's From the Wreck. The latter is the only beer in the world to be fermented with a strain of yeast salvaged that was found on a shipwreck just off Tasmania.

For $10, you'll get to taste these incredible beers, guided by the Malt Shovel head brewer, Hayden Morgan.

What else is on at The Duke of Wellington

This is the best place to start if you want to kick off your beer journey with a little bit of education. Presented by Little Creatures, this informal class, and tasting, will take you through some of the basics of how beer is made. A perfect way to spend a weekend afternoon.

Malt does a lot for your beer. It provides the sugar for the yeast, which is then turned into alcohol, along with flavour and body. Without malt, beer would have never been invented, but how much do you know about it? This is your chance to learn the flavours, colours and textures of this wonderful ingredient. Tastings provided.

Do you know how Little Creatures got its name? If you said it was because of the yeast that creates beer, then you'd be correct. Find out exactly what yeast does to beer, while tasting beer. Fermentation and fermented foods are so hot right now, and beer is one of the originals.

Hops - Flavour of the Week

It's pretty hard to ignore the impact hops have had on beer. Pre-hops beer was flavoured with herbs and spices, and then we realised how good hops were at providing bitterness, flavour and aroma while also being a natural preservative. In recent years hops have become front and centre in modern beers and we are still learning about all the neat things they can do.

Beer and Cheese - Together Forever

Beer and cheese share a lot of similarities when you think about it, but even if you don't want to think about it, then you at least know that when combined they are delicious! This session will provide you with excellent knowledge about how to pair beer and cheese; and of course it'll provide some tasty samples as well.

Join the Little Creatures Innovation team for an insight into how beer is evolving. It's your chance to get right on the cutting edge of the beer world, and find out exactly what is new and exciting. Plus you get to taste a few beers while you learn. How good is that?

Lager: It Has It All (and it's all great)

Lager is sometimes looked down upon by beer drinkers. It's too commercial, too boring, too yellow; but let us share with you the wonderful and exciting world of lager beer. You'll be surprised by just how diverse, flavourful and interesting it is. Plus, you'll get to taste a few while you're here.

All of your beer started somewhere - it didn't just appear one day, and in this class we will learn all about the roots of modern beer. We will showcase some old fashioned styles, along with some new world beer and explore just where the two meet in the middle. Sometimes it's a good thing to know your history, especially when you get to taste it as you go.

To celebrate a new limited release, we are shouting the bar at the Duke. Come down for a taste, meet the Little Creatures team and let them buy you a beer. What a great way to knock off work!