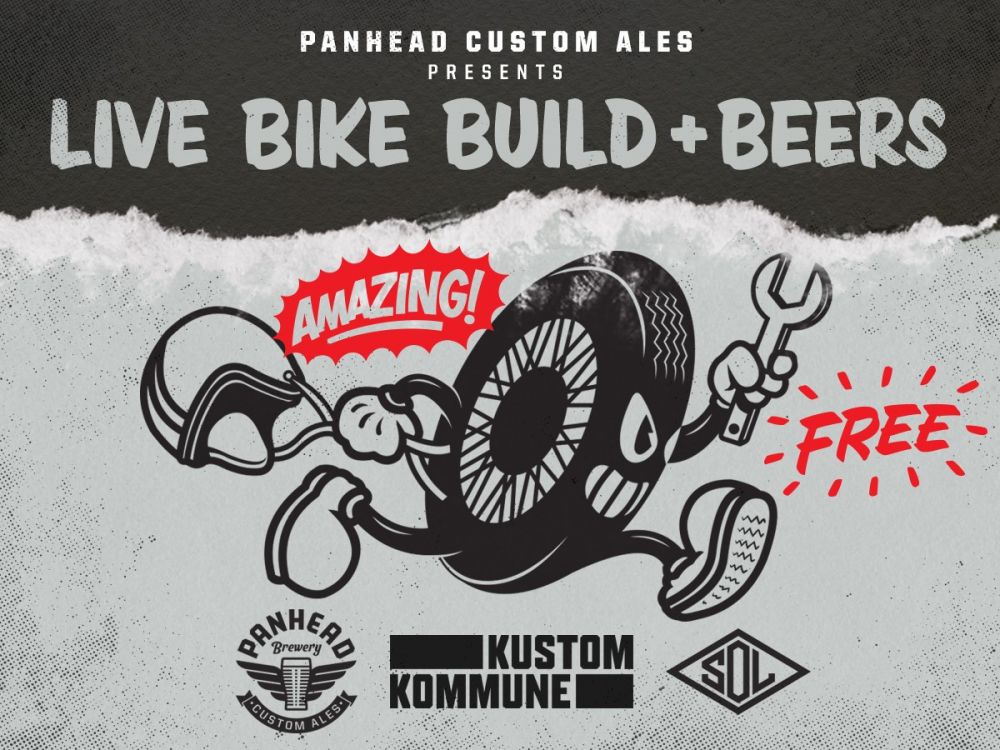 This all star crew will fight the clock to custom-build a living, breathing, beast of a bike in front of our eyes.

There will be limited release Panhead brews, not to mention the star of the night - super cold tinnies of the newly released Supercharger APA - along with food and tunes.