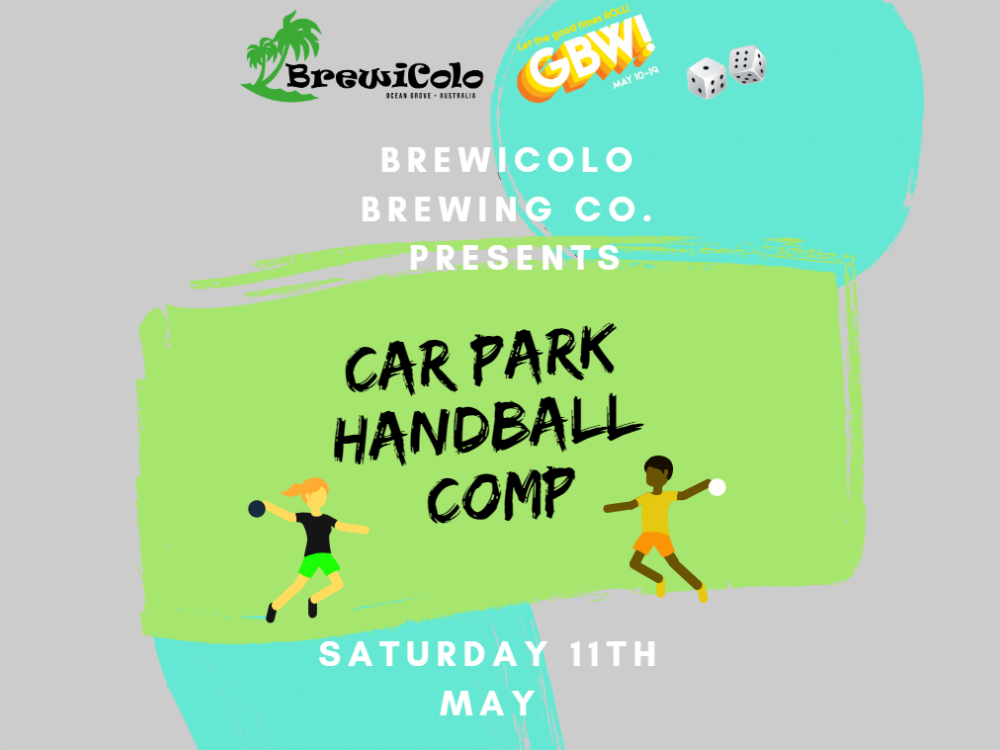 Do you remember how much fun you had playing handball at school with your mates?! Well you no longer need to reminisce - Come join the fun as BrewiColo Brewing Co holds its first Car Park Handball Comp!

With a bunch of round robin games and the top four players battling it out to be crowned BrewiColo’s 1st car park handball CHAMP, it’s bound to be a day full of good times and of course great beers! Players entry includes a beer before and after the game and it's free entry for spectators/support team! Dressing up is highly encouraged!

So it’s time to organise your mates, start practising your handball skills and join in the fun at BrewiColo Brewing Co this Good Beer Week!

BrewiColo Brewing Co is a new independent brewery in the coastal town of Ocean Grove – Brewing great beer by the beach! Our vision is to produce and promote great beer to the local community and beyond.

Four squares, round robin games, after each game the players are ranked by their position Ace, King, Queen and Dunce. After the round robin games have finished the highest scoring players will advance to the finals round with a champ named after the final game.

Tickets include entry to the comp and a beer before, during and after your final game. The champ will be awarded a prize and there will also be prizes throughout the event rewarded for best dressed, best shot, best play, worst shot, worst play, having a good time!